The Weekend Ka Vaar episode of Bigg Boss 13 was all about confessions, complaints and wild card entries. The highlights of the Diwali special episode were Salman Khan scolding Siddharth Dey, Paras and Shefali Baga for their abusive comments and rude behavior as well as, two wild card entries on the show. As the show started, Salman Khan told the contestants that with their “power-packed” fights, they have set the Television industry on fire. He sarcastically commented that everyone is “proud” of them ns reminded them that the first finale will take place within a week and half of them will leave the house.

Later, Salman started schooling the contestants – especially Paras, Siddharth Dey and Shefali – over their extremely violent and aggressive behaviour in the last week. For those who weren’t able to watch Bigg Boss 13 last week, here’s a quick recap – The contestants got into ugly physical and verbal fights during the ‘Snake and Ladder’ task and passed derogatory comments against each other. Coming back to the Weekend Ka Vaar episode, Salman first reprimanded Siddharth Shukla and asked him why he considers himself as the strongest when he couldn’t even tolerate the conditions in the Bigg Boss prison. He also quoted his father Salim Khan’s advice that anger is a good thing and temper is the worst thing on earth. He told him that his behavior towards women during tasks and fights are illogical, aggressive and wrong.

Salman Khan next targeted Shehnaz Gill and asked how she can abuse so much. To this, Shehnaz said she knows a lot of swear words but try to control herself most of the time. She later apologised to Shefali Bagga for her mistakes. Coming to Paras, Salman Khan asked him what is his problem with the show and the host. Paras tried to defend himself and said he is the biggest fan of Salman Khan. To this, Salman mentioned his statement ‘Salman sir ka chik chik bahut ho raha hai‘ and said that he doesn’t care about Paras’ opinion about him. He later said that he wants to leave the show but comes to host it every year because he knows well how to handle contestants like him. Salman also supported Asim and said Paras has always targeted him and even called him ‘saand ka jhund.’ Salman Khan advised Paras that his destiny is in his own hands.

Salman next came to Shefali Bagga and mentioned her abusive comments towards Shehnaz. He asked Shefali if she has any right to give a character certificate to Shehnaz and said that it’s disappointing that a woman doesn’t respect another woman. He later clarified that Shehnaz didn’t provoke Siddharth Dey by touching him during the task. Salman also mentioned Shefali’s statement that she will leave the house and said that “it won’t even take two minutes to throw” her out of the house. 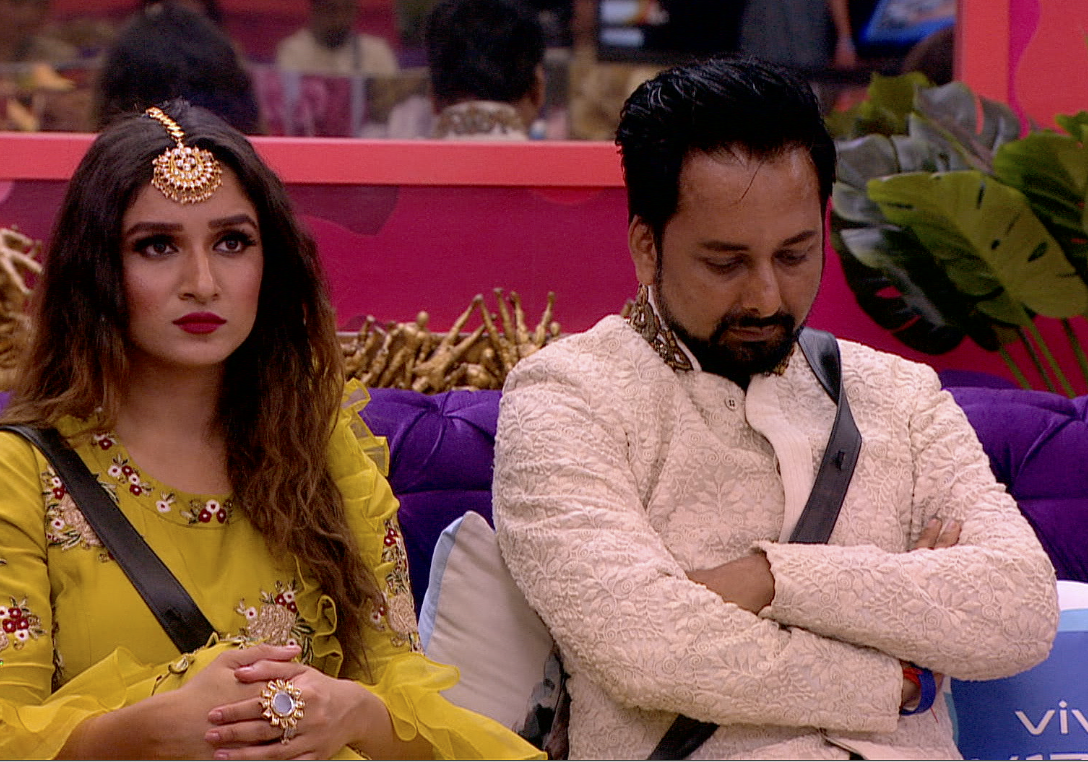 Salman’s next target was Siddharth Dey. When he schooled him over his comment that Shehnaz has been spit out by Paras, Siddharth Dey defended himself and said, “A man’s no is also a no.” This left Salman Khan angry and he shouted at him. Salman then picked Rashami and said she always targets only one person – Siddharth Shukla. He asked the contestants to control their temper and actions in the house. Next, Salman Khan introduced former contestants Urvashi Dholakia and Sana Khan. Urvashi says they were sant. Salman says he found them sant on first day. The duo divided the housemates into two teams and gave them a task to decorate five diyas and prepare a sweet dish. Sana’s team won and got a gift hamper. 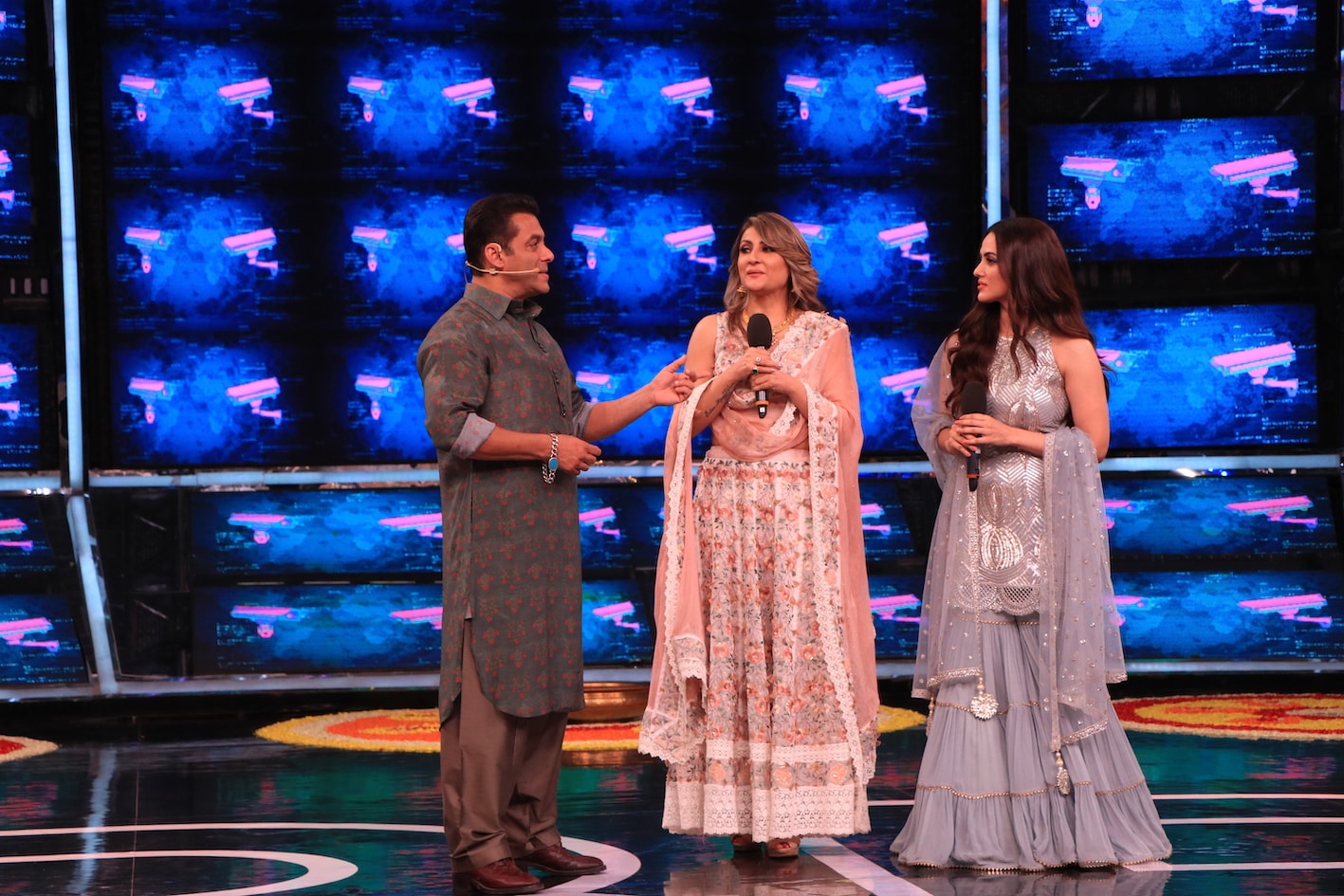 The most interesting part of the show arrived, where Salman Khan introduced the wild card contestants on the show. He invited first wild card entry Vikas Pathak, who is known as Hindustani Bhau on social media. After entering the show, Vikas claimed to be a Sanjay Dutt fan and recited some of his dialogues. He also gave the contestants nick names such as chana masala (Mahira), dukhi aatma (Rashami) and many more like this. Salman later introduced second wild card entry Tehseen Poonawalla and said that he will be a leader in the house to make in-house fights look good on screen.

Ending the Weekend Ka Vaar on a good note, Salman confirmed that no contestant will be evicted this time and revealed that the Bigg Boss finale will take place on January 12.

Get Breaking news, live coverage, and Latest News from India and around the world on NDTV.com. Catch all the Live TV action on NDTV 24×7 and NDTV India. Like us on Facebook or follow us on Twitter and Instagram for latest news and live news updates.

8 Dead In Protests As Thousands Hit Streets Again In Iraq