Dabangg 3 Movie Review: The drab storyline scrapes the bottom of the genre barrel despite an impressive performance from Kichcha Sudeep. 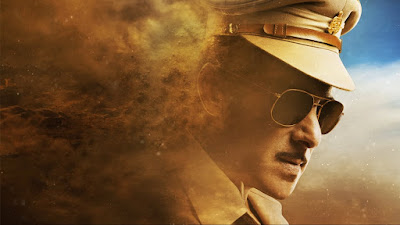 Director Prabhu Deva, enthused no doubt by the stellar presence of the film’s trump card Salman Khan, crams Dabangg 3 with ingredients that were put to the test in the previous two instalments of the franchise. For fans, familiarity cannot but be reassuring. For all others, to put it mildly, overwhelming ennui is inevitable.

The law of diminishing returns kicks in rather quickly in this revenge saga because the concoction that the film rustles up around the lead actor’s rakish exploits is unbearably hackneyed. But that is only if you aren’t an inveterate Salman Khan loyalist in whose eyes star power ranks way above narrative cohesion.

Brimming with action, music and pulpy punchlines, Dabangg 3 is an unabashed potboiler that delivers neither a bang for the buck nor recaptures the comic energy of the past. The drab storyline scrapes the bottom of the genre barrel despite an impressive performance from Kannada megastar Kichcha Sudeep, playing an embodiment of pure evil and holding his own in a film in which Salman dominates every single frame, sometimes to his own detriment.

Dabangg 3 provides fans of the franchise exactly what they are looking for – a lovable crime-buster who does not shy away from bending the rules when faced with situations and people that are tricky and spell trouble. The liberties he takes, the one-liners he spouts and the swag he injects into the policeman act lend the film its superficial gloss. That is all a Salman Khan movie needs to send his fan base into raptures.

While Chulbul goes about his job, which involves among other things rescuing trafficked damsels, the film packs into its two-and-a-half-hour expanse umpteen songs, including one that has Salman swaying to the beats of Munna Badnaam Hua in the company of Warina Hussain and Prabhu Deva, fight sequences from which the hero always emerges unscathed, and an array of social messages.

The film pulls out the stops to tell us why the protagonist, now every inch a family man who is devoted to his doting wife Rajjo (Sonakshi Sinha), favours unconventional methods to punish and reform criminals. To that extent Dabangg 3 is an origin story that traces the transformation of a village wastrel named Dhaakad Chand Pandey into a tough cop foresworn to eradicating crime.

It takes us back to his first love, Khushi (debutante Saiee Manjrekar), a rustic belle who attracts the unwanted attention of a baddie (Kichcha Sudeep). That sets up a bitter confrontation between the hero and the antagonist. The former loses a dear one and finds a mission in life. The film never stops meandering.

The clash between Chulbul Pandey and the bad guy pans out along familiar lines, with Sudeep lending the face-offs a degree of novelty. But that is anything but enough. Dabangg 3 is a familiar one-way street that holds no surprises. It goes nowhere we haven’t been before.

Salman Khan Discloses seven years Story to Make Dabangg 3 On Kapil Sharma Show : Bollywood’s Dabangg Salman Khan arrived in connection with the promotion of his upcoming film Dabangg 3 in the TV serial Kapil Sharma Show. During this, Salman shared many stories related to the film. Apart from this, he also discussed things related to personal life. Arbaaz Khan and film director Prabhu deva were also present on the show. 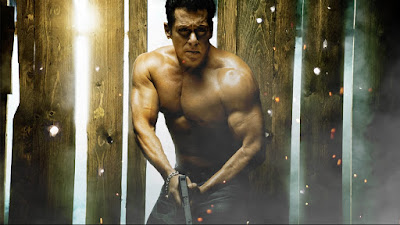 Salman Khan during the interaction on the show explained why he took 7 years to complete the third part of Dabangg series. Salman said that the heroine of the film was going through the process of proper diet and workout for her debut. Mahesh Manjrekar’s daughter Sai Manjrekar is going to make her Bollywood debut with this film. Sonakshi Sinha will also be seen in an important role in the film.

Salman is currently in discussion about his film Dabangg 3. Along with this film, they are also in the headlines for the film Radhe. Both these films are directed by Prabhudheva. Talking about Dabangg 3, this film is going to be released on December 20. There is a tremendous buzz in the audience about this film.

Dabangg 3 is a 2019 Indian Hindi-language action comedy film directed by Prabhu Deva, and produced by Salman Khan and Arbaaz Khan under their respective banners of Salman Khan Films and Arbaaz Khan Productions. The film is a sequel to the 2012 film Dabangg 2 and the third installment of Dabangg film series.