MUMBAI: One of India’s most decorated captains Sourav Ganguly will be taking over as the 39th president of the BCCI on Wednesday at its AGM, ending a tumultuous 33-month reign of the Supreme Court-appointed Committee of Administrators (CoA).

Ganguly is the unanimous nomination for the post of BCCI president along with Union home minister Amit Shah’s son Jay as the secretary. Mahim Verma of Uttarakhand is the new vice-president.

The new team at. @bcci .. hopefully we can work well .. anurag thakur thank you for seeing this through ⁦… https://t.co/KuihLVV4Tc

However, Ganguly will have a curtailed tenure of around nine months as he would need to demit office by the end of July, next year as per the provisions of new constitution, which makes ‘Cooling Off’ period mandatory after six years in office.

Easily one of the most high profile names to assume office, Ganguly will make use of his experience gained as the secretary and later president of Cricket Association of Bengal (CAB), which will come in handy.

He has set a few goals — primary being restructuring of first-class cricket as well as getting the administration back in shape along with getting India’s position of reverence back in the corridors of International Cricket Council.

With Conflict of Interest rules being an impediment, Ganguly will also face the challenge of having quality cricketers on board as far as the Cricket Advisory Committee (CAC) and national selection committee are concerned.

Sourav Ganguly has not spoken to me about Dhoni yet: Virat Kohli

India captain Virat Kohli on Tuesday said he hasn’t had any conversation with Sourav Ganguly with regards to Mahendra Singh Dhoni’s cricketing future and believes that the BCCI’s president-elect will get in touch with him when he needs to. Ganguly had earlier said that he would like to speak to the selectors as well as Dhoni to know what they had in mind.

“It’s a great opportunity for me to do something good,” the former India captain, who will have to demit office in July, due to compulsory cooling off period, had said last week.

The nine-month is a short period and it also needs to be seen how the former India captain handles the disqualified old guards like N Srinivasan and Niranjan Shah, whose children are now officially part of the BCCI.

Ganguly’s relation with IPL chairman Brijesh Patel, a Srinivasan loyalist will also be of interest. 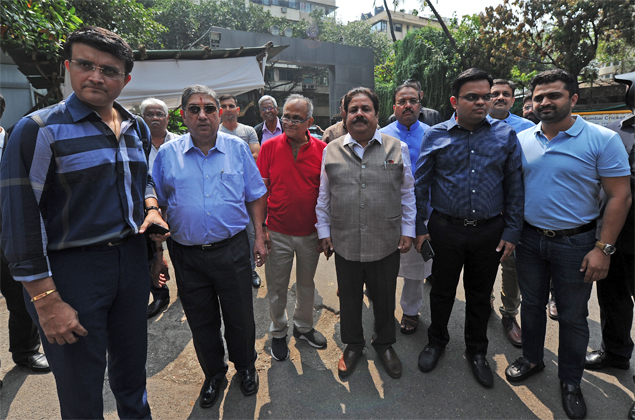 For CoA, it was an eventful 33-month tenure that comes to an end.

CoA chief Vinod Rai informed the process that will be followed during the AGM.

“First the accounts will be passed for the past three years. Then the electoral officer will announce the election results as everyone is unopposed.

“Today we discussed some of the winding up issues and some minutes of the meetings were to be approved. We finalised tomorrow’s schedule in consideration with Sourav,” Rai told reporters after speaking to Ganguly.

Rai said that he was happy with the Supreme Court order on the day.

“Everything that the Supreme Court has done (orders), I have been very happy with it. We had asked for the directions as we could not have resigned. Since the Supreme Court appointed us, we had to be discharged from our duty from the court.

“Every decision was court mandated. We haven’t changed the constitution. Whatever was given to us, we have worked in that [framework].” 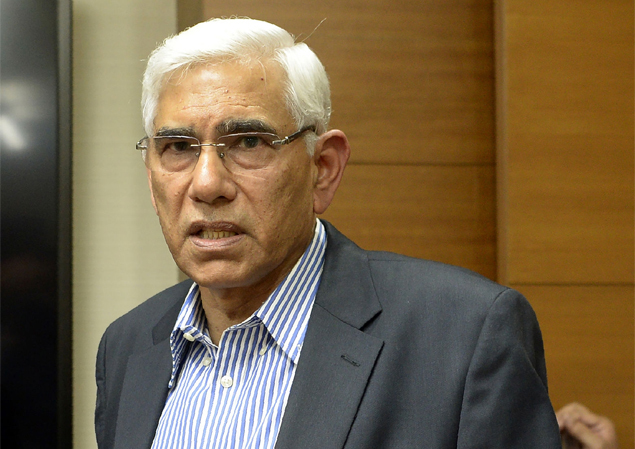 Over the past few years under the CoA regime, India lost its position of power in the ICC and its revenue has also been curtailed after the ‘Big Three’ (India, England and Australia getting bulk of revenue) concept was done away with. And thus this will be another area of priority for the new BCCI chief.

“That’s one area, we will have to take care of, because in the last 3-4 years, we have not received the kind of money that we deserve. “India generates 75-80 per cent of the global cricket revenue, so that is going to be one of the big agendas. Talks and discussions need to happen and we need to find a solution as it is not leading anywhere,” Ganguly has said making his intentions quite clear.

It would be surely a tight rope walk for Ganguly, but knowing the leadership skills of the Bengal tiger, it should be an easy outing for one of the most famed and loved cricketers of the country.