Actor Kriti Sanon, who plays a small-town reporter in Arjun Patiala, has expressed her desire to shoot for a glam film abroad. The actor has delivered two small-town hits, Barielly Ki Barfi and Luka Chuppi. 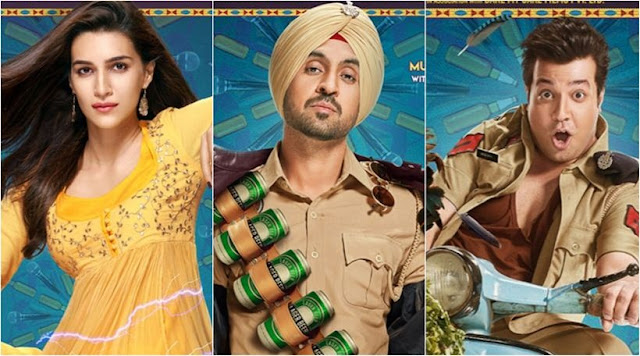 Kriti Sanon during the promotion of her upcoming film Arjun Patiala in New Delhi.(IANS)

Actor Kriti Sanon is back as a small-town girl in her next, Arjun Patiala, which is set to hit theatres this Friday. The actor has said that after consecutively playing a small-town character, she now wants to play a glamourous role and go abroad for the shoot.

Talking about how she was flooded with offers of small-town characters post her 2017 film, Bareilly Ki Barfi, Kriti told Bombay Times in an interview, “I recently told someone, ‘Yaar, main shooting ke liye kaafi time se baahar nahi gayi hoon, I am doing the rounds of Lucknow, Gwalior, Mathura, and Chandigarh. I would love to shoot a film with a great script abroad, in which I get to wear hot pants and look glamourous. That’s not happened in a while for me.”

Kriti also spoke about female actors not being given enough credit for the success of the film. Talking about how male actors are named in headlines, she said, “Even if you didn’t like my performance or want to criticise me, please write about it. I would love that feedback.”

She is now playing a crime reporter in Arjun Patiala that stars Diljit Dosanjh and Varun Sharma as male protagonists. Day before the film’s release, Kriti has now shared a video to promote the film.

Kriti was appreciated for her work in Ashwiny Iyer Tiwari’s Bareilly Ki Barfi, in which she played the fun-loving Bareilly girl, Bitti. She then followed it with Luka Chuppi, in which she played a girl from Mathura who goes on to live-in with her boyfriend (Kartik Aaryan) while keeping their parents in dark.

Arjun Patiala, headined by Diljit Dosanjh, Kriti Sanon and Varun Sharma, is set to hit the screens this Friday. The romantic spoof comedy, directed by Rohit Jugraj, has reasonable buzz surrounding its release, courtesy largely the presence of Diljit in it. The songs, too, are being liked by the audience, another factor which might contribute to its business. To better understand the box-office prospects of the film, we got in touch with film exhibitor Akshaye Rathi.

“With Diljit Dosanjh’s popularity in North India, Punjab and Delhi in particular, I certainly think it will have a certain degree of traction there. It looks like the makers have attempted an out-and-out entertainer. While I am not saying it will open at the box office with a bang but if the movie is good, I am sure it will grow and do respectable numbers,” Akshaye told us over the telephone.

Predicting the opening-day collection of Arjun Patiala, the film exhibitor said, “I am expecting the film to collect something to the tune of Rs 3 crore.”